Join the tribe that shapes the digital future, today.

Wanna have a meaningful job?

Come shape the digital future with us! 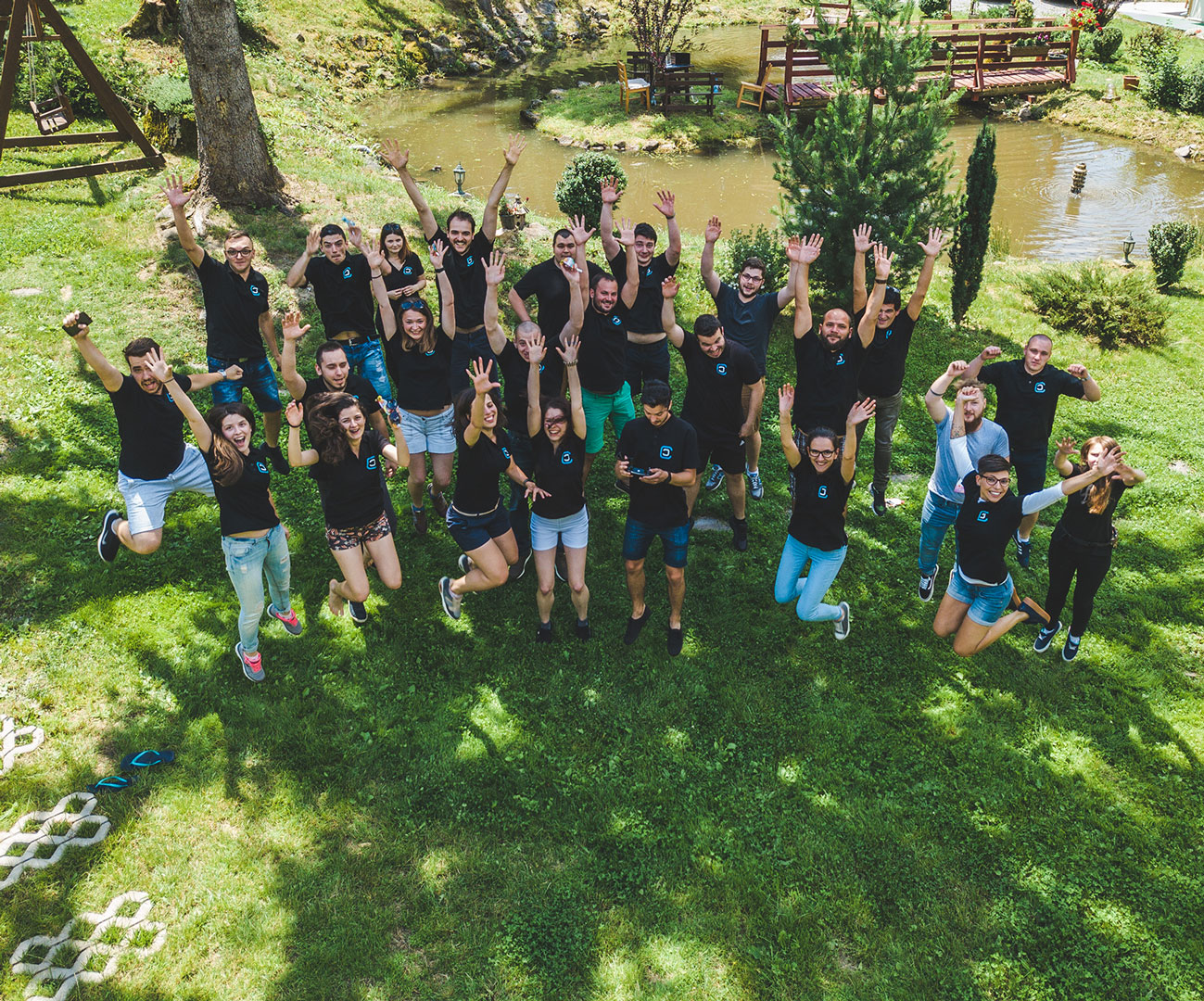 Cognitive Creators is a digital consultancy whose mission is to turn ideas into far-reaching, future-proof solutions.
At the heart of our vision and success lies no other than a devoted, original, and purposeful team. And since we know that life's too short for the wrong job, we've been striving to create a healthy, inspiring work environment for our CC Tribe members right from the start. Lifelong learning, professional growth, and the ever-so-human qualities of respect, trust, and care between each other are the things we encourage and appreciate the most. Join us to forge the digital solutions of the future through your work, thrive on our advancement opportunities, meet other gorgeous imaginations, and become a part of our story.

What is the CC Tribe?

Cognitive. That is where it starts: in our mind. We see, go, and achieve beyond. Beyond what is possible. Further, over the limiting beliefs. From the outside, we are just humans. From the inside, we are more.
It’s within our DNA: the unfair advantage of forging world-shaping ideas to tangible results. We stand to serve and add visible value. Where others can’t see through, we build the path of growth. Where others stop, we make the next step. And where others stagger, we go firmly and overcome obstacles to reach even the most daring of visions.

We are a rare breed – the symbiosis of human ingenious and digital intelligence, the next generation of change. We are in the league of extraordinary. We are Cognitive Creators.

Do you dare to be one of us?

The Tribe members are:
1.
Shapers of their own personal and professional world with an inner belief that the only way going forward is by continuous change that takes them out of their comfort zones and broadens their horizons.
2.
Driven by value creation.
3.
Know that you can’t achieve greatness without failure: that is inevitable to experience at least one very big failure, that tests their resilience to become more determined.
4.
Open minded in experimenting with something new (both when they drive the innovation and both when they are part of it), who are able to use a trial-error strategy and consciously learn from the mistakes.
5.
Own their mistakes, reflect on them and are taking the necessary steps to learn for them, be it on themselves or be it through asking help from others (who already encountered similar obstacles).
6.
People who thoughtfully disagree in order to contribute the most to our Tribe and its vision.
7.
People whose answer for their “Why do you work question” is related to life and professional excellence.
8.
Choice between money and excellence is excellence. Not because they have average living standards but because they know that where excellence is leading, money follows, but where money is leading, it is not sure what follows.
9.
Prefer the truth even if it is harsh, and painful. The truth doesn’t demotivates them, but rather gives them the right kick to get inspired to learn from their mistakes and failures.
10.
Embrace tough challenges and find pleasure in solving puzzles that no one has solved before.
11.
Aware that they have weaknesses, and are actively learning how to overcome these.
12.
Aware that they have strengths, and are actively developing them further.
13.
Not talking about anybody without that person being in the room.
14.
Not hiding behind the curtains when they don’t like something / have a radically different opinion / see problems.
15.
People who appreciate each other and fight each other in a non-egotistical way to pursue excellence.
16.
Know that they don’t know everything about everything, and don’t have all the answers. However, they are also committed to asking the right questions and making clear steps to finding the truthful answers.
17.
They do what they say, without finding excuses.
18.
They want to be part of our community, not because of status, but because they like to be surrounded with people who:
A) are better in some of the aspects, thus they inspire them
B) like to be inspired, by their contribution
19.
They know that all of these characteristics don’t make them above any other human being, and also are aware that these are not a rule of thumb of living, rather a set of traits that define our tribe.

Our mission is to solve challenges in ways that others do not notice. We do not only work with digital, but we also shape its future; therefore, our tasks are complex, challenging, and comfortless, but just as rewarding. We are aware that we constantly need to step out of our comfort zone, but this is something that we thoroughly enjoy.

Here’s one thing for you to know: working at CC means continuous professional progress. We believe that professional fulfilment means constantly evolving and getting better at your job. Lifelong learning and continued advancement are something that we do not simply value but downright expect from our team members. And we make it happen too, that’s why we offer multiple training opportunities along with a framework for planning and monitoring each colleague’s individual development progress.

May we value process and structure as much as we do, at the end of the day, it’s the people surrounding you that make a workplace loveable. So if you fancy a bunch of ingenious people with whom you can get along well both professionally and personally, you’re in the right place. We inspire and help one another to succeed with our work-related endeavours and get better by the day. We love a good talk, a good game night, and all the opportunities to tell each other the eventual corny joke. And luckily enough, we have four off-the-grid team events each year to further nourish the team spirit.

We strive for excellence in everything we do, so naturally, we’re looking to hire the most reliable people who do not only share our values but are proud to do so. Precision and integrity are fundamental values that apply to all members of the tribe. These qualities concern both the style of our work and the attitude towards it. They are non-negotiable.

Life gets just a little bit better each time you achieve something worth fist-bumping over with your teammates. It’s even better when you know that your success is significant, something to hold dearly and remember proudly. As a Tribe member, you’ll have the chance to make an impact on the international level by working on global projects and feel the greatness of your role. Bring your value and leave your mark; it’s a win-win. 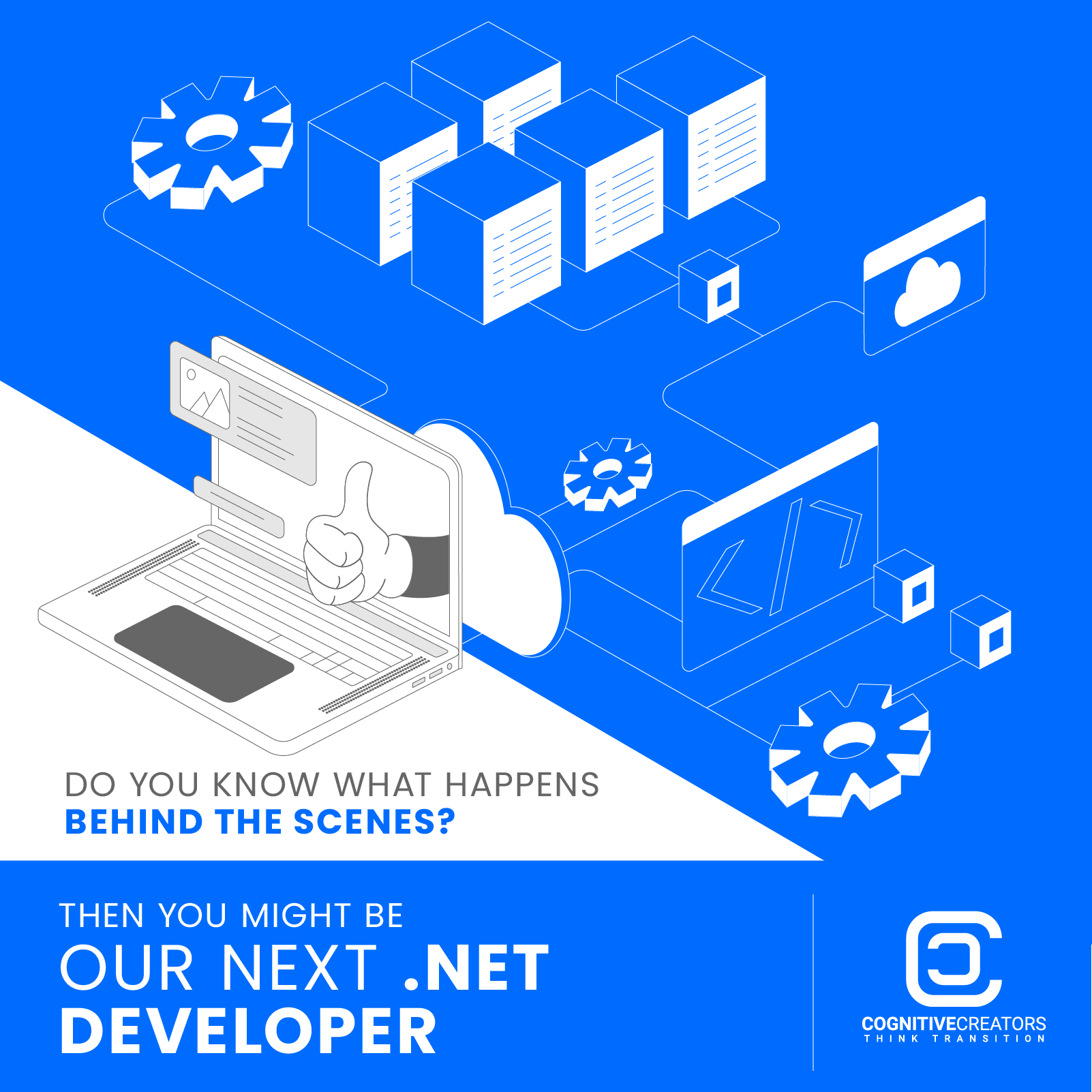 We are looking for .NET developers to join our team. You can choose to work in one of our local offices in Marosvásárhely, Székelyudvarhely, or Csíkszereda. All you need to do is bring your passion and perseverance to a fast-growing professional team. 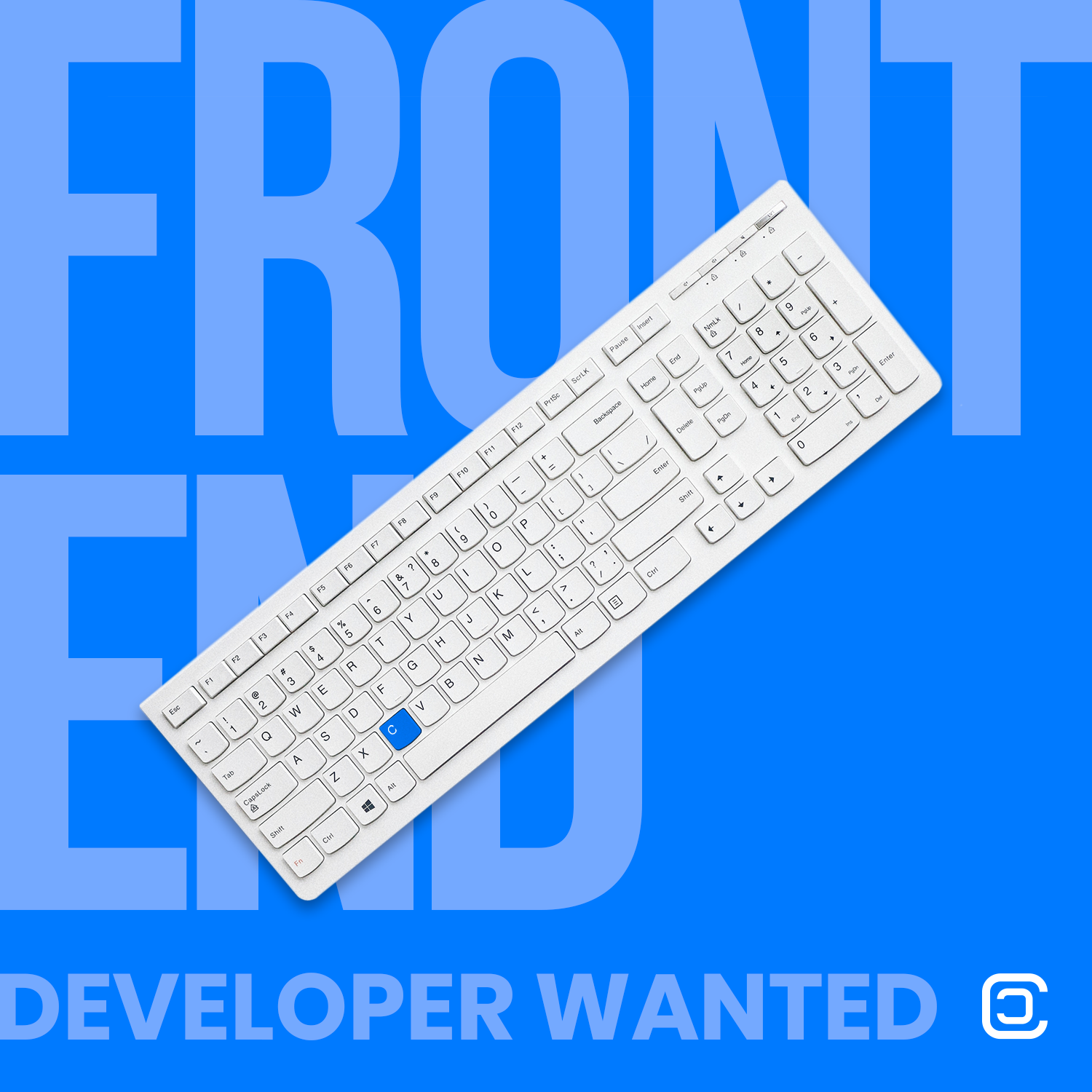 We are looking for front-end developers to join our team. You can choose to work in one of our local offices in Marosvásárhely, Székelyudvarhely, or Csíkszereda. All you need to do is bring your passion and perseverance to a fast-growing professional team. 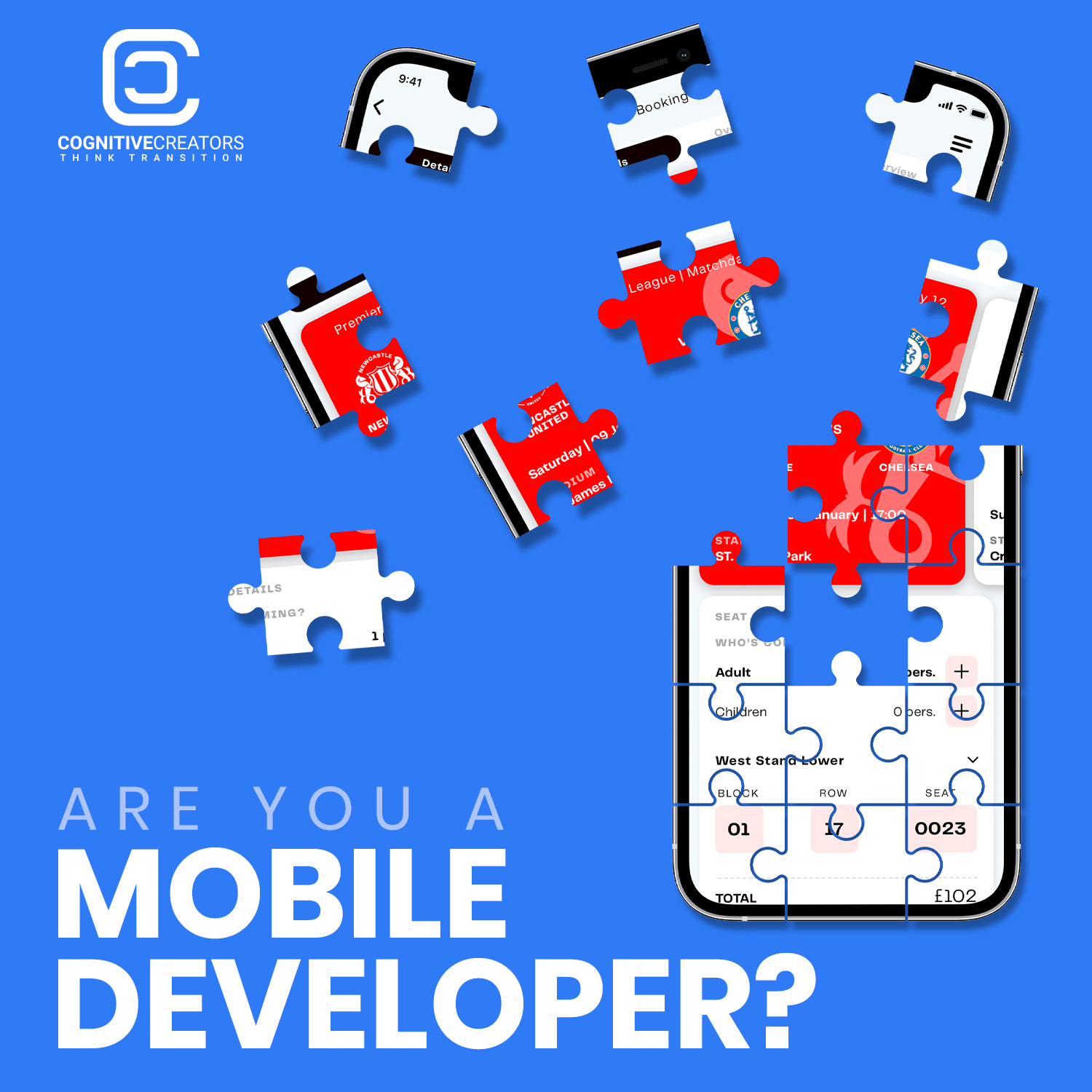 We are looking for mobile developers to join our team. You can choose to work in one of our local offices in Marosvásárhely, Székelyudvarhely, or Csíkszereda. All you need to do is bring your passion and perseverance to a fast-growing professional team. 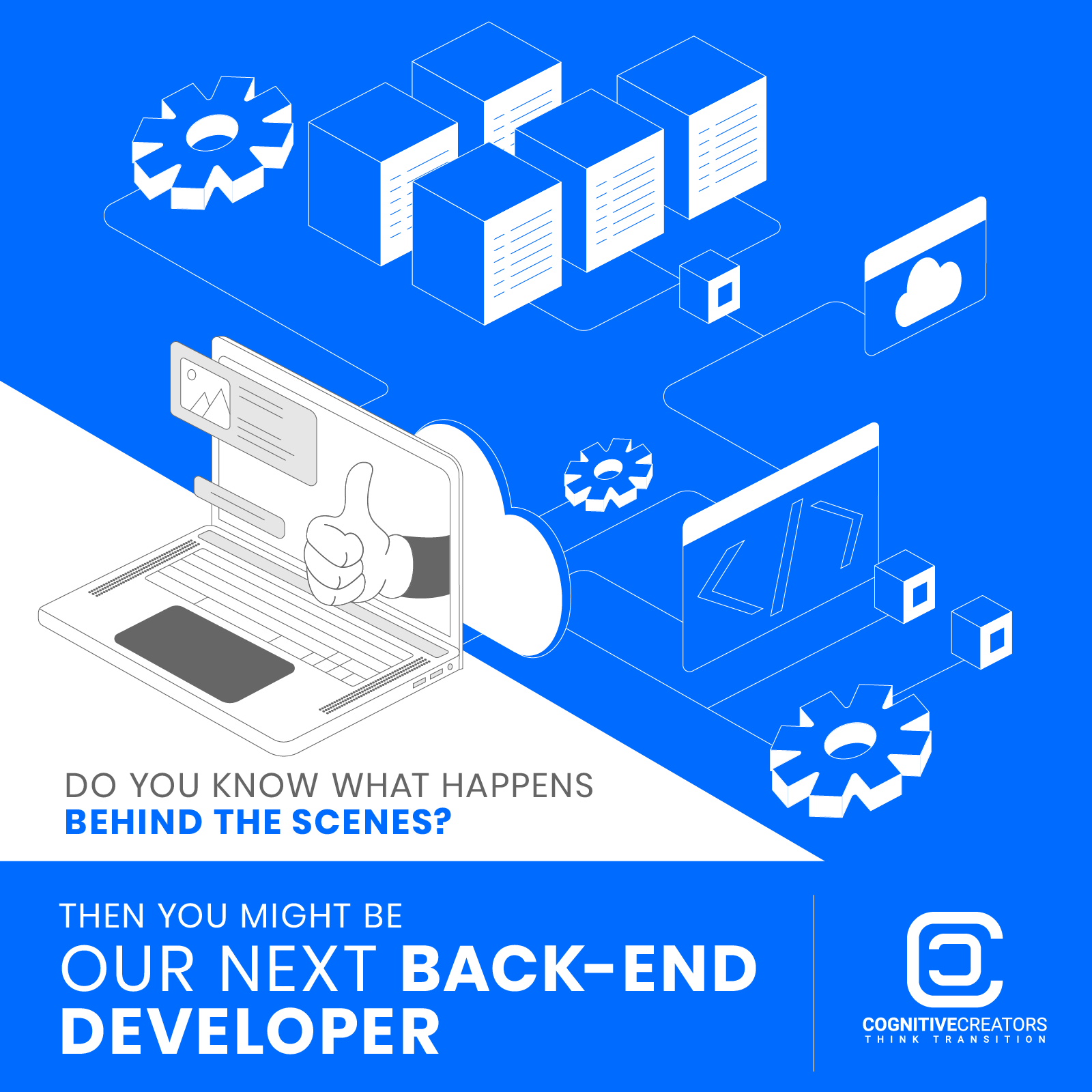 We are looking for back-end developers to join our team. You can choose to work in one of our local offices in Marosvásárhely, Székelyudvarhely, or Csíkszereda. All you need to do is bring your passion and perseverance to a fast-growing professional team.

We do not only flex our creative muscles
The activities are tracked in CC's Strava Club and then ranked in our very own scoring app that we have developed to promote fair competition. Of course, the most remarkable athletes are also handsomely rewarded, so it’s no wonder that since we launched the challenge, the Tribe members have devoted 122% more of their spare time indulging in sports. We have hopped on our bikes or started walking to work instead of driving, have beaten each other in fierce squash games, organised after-work running sessions and stood together at marathon start lines, have scored some memorable goals on the football field, and pushed ourselves to the limits during our weekly CrossFit trainings. Pretty impressive, right?
So here’s one more thing to know about us: we love a good competition about endurance, continuity, motivation, as well as a healthy lifestyle, and we gotta admit that we’ve been relishing to motivate – and tease – each other to get it going.

4223 p
Gym and CrossFit come on top of all these. The team’s fitness level has never been this good. Compared to last year, we increased our time allocated to sports by 122% on a company level. This outcome was driven by a staggering 149% increase within the teammates participating in the challenge.

By clicking “Accept”, you agree to the storing of cookies on your device to enhance site navigation, analyze site usage, and assist in our marketing efforts.