The Bee Paradox: What Can We Learn From Bees About Digital Transformation?

Noticing the ways bees operate in the face of limitations could be the key to unlocking a successful strategy in your digital transformation. 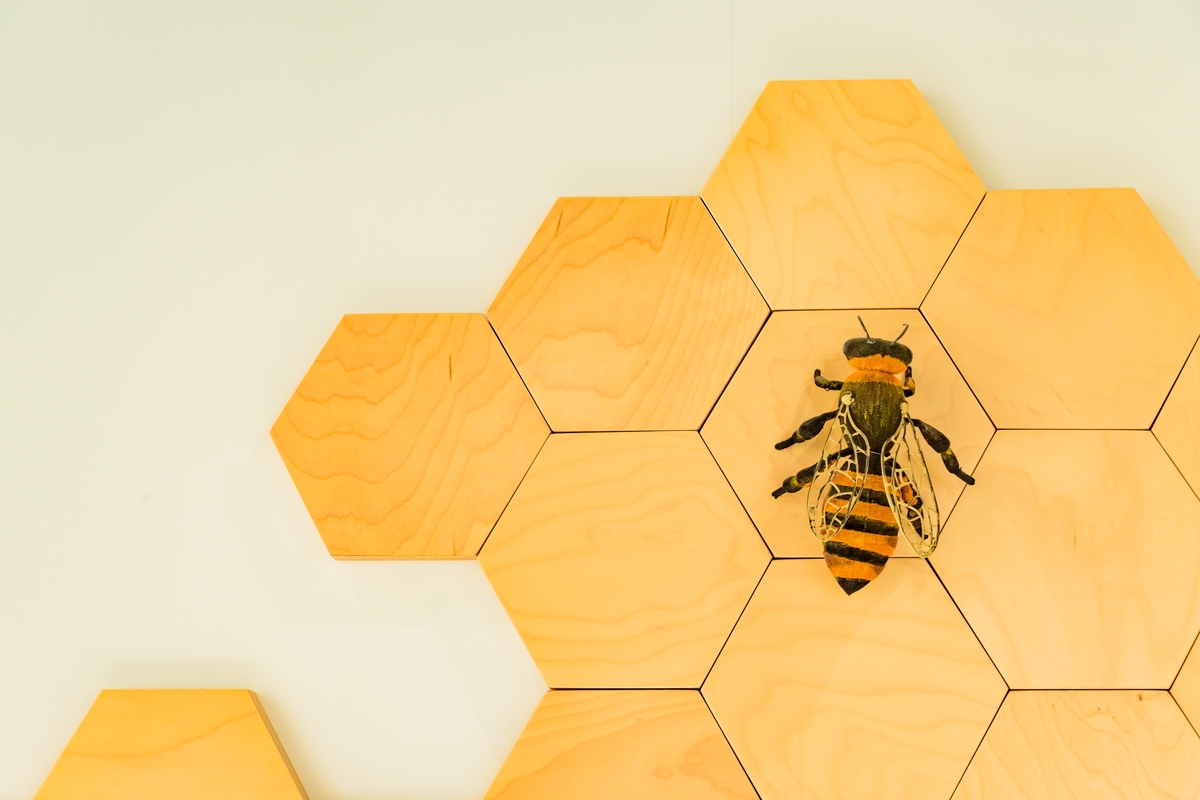 One of the most frequent scenarios in the current economic circumstances is what I call the bee paradox. I learned how amazing bees are from my father-in-law, an expert beekeeper, who has been producing raw and unfiltered mountain honey for over two decades.

Bees are diligent and have a brilliant way of maintaining and growing their families. However, there is a situation where bees usually get stuck.

I am pretty sure that most of you have seen it happen, especially in the springtime. The window of your room is tilted open, and a bee flies in. After making a few rounds inside the room, it tries to go out back in the fresh air. 9 out of 10 times, it will fail to do that on the first attempt and flies into the window, going bzzz, bzzz, bzzz. Usually, this is the moment when you realise that you have a bee in the room. And these intelligent, hard-working, resourceful creatures will continue to struggle by the window for hours if you don't help them.

The bee will keep trying to fly through the glass.

The loop happens because bees cannot see the window but are drawn to the light. So, on the one hand, you have this super-intelligent creature, the bee. On the other hand, you have a limited behaviour pattern that stops them from getting out even though they flew in the room easily. Bees get blinded by the light. Of course, other insects do this as well. However, I called it the bee paradox because bees are considered more intelligent than most flying insects.

I saw the same struggle for the past two years regarding companies. Brands that had a proven track record in their traditional business models, companies who put both hard and intelligent work in their development, hit the window. And they keep on struggling when it comes to digitalisation.

A lot of companies struggle without taking a step back to look where the opportunities are.

They wrestle without looking for ways to get out of the limitations or from the imaginary walls of the room built in the last two years. These brands see digital as the light, but they don't consider the window blocking them. They want to digitalise, they try, but most fail badly.

That's because most of the time, tackling these barriers requires a mindset shift.

The need for changing perspectives is vital for a successful digital transformation.

Like the few bees who manage to fly back and find the way out, leaders need to do the same to make a mindful shift. This shift is hard, not because stepping back is a major thing to do, but because people tend to think in the same usual patterns as they did before. They are trying to solve issues in the same manner as before. But it won't work.

Leaders who succeed in digital understand and embrace that while traditional models could be built layer by layer, forging the path for a digital business model is different. Why?

The rapid evolution of technology creates fast changes in the digital economy. A pattern that worked today might not have the same result in 12 months.

Strategy was key before and is key today; however, building a digital business strategy is different from a traditional one.

While there are many differences between traditional and digital business problems, I want to focus on one: how to plan the ROI (return on investment)?

In a conventional business model, a good ROI is considered to be everything that performs better than portfolio investments. Portfolio investments can be stocks, bonds, real estate, or even other businesses, basically any asset with a positive ROI. Most of the time, in a traditional investment, the annualised ROI has a steady or slightly growing yearly rate.

While an article is not enough to break such mental patterns, I want to give you three cornerstones for starting the change in mentality.

Remember, these are simplified examples. The reality is more complex than that, but you can take away three things from this article.

1. It's a misconception that digital delivers results immediately. Apart from some exceptions, growth in digital in the first stage might seem uncertain. This phenomenon is absolutely normal; however, it's not considered normal in a traditional business landscape.

2. Digital investment is not cheap. I am not talking about the one-man-shows and mini startups here who create small businesses fast. I am talking about enterprise-level digital transformation, about those companies that have built their brand and have a strong history behind them but are now facing massive pressure due to the pandemic. Don't expect that your digital growth will cost less than your traditional one.

3. In the long run, you should have higher expectations for digital (for example, higher ROI) compared to traditional investments. When a digital model starts gaining, it can be scaled a lot faster.

As you can see, when it comes to growing your business in digital, you need to implement a different approach, both in mindset and strategy.

If you learn from the disadvantage of bees and take a step back to reevaluate your digital endeavours, you might just reach the light you’re so eagerly after.

Take me there
Digital Growth
Inspiration