What Is The Sound Of The Voice You Trust?

Conversational AI, the synthetic brain used to enable conversations between humans and machines, is shaping our digital behaviour in a more human-like direction than ever before. 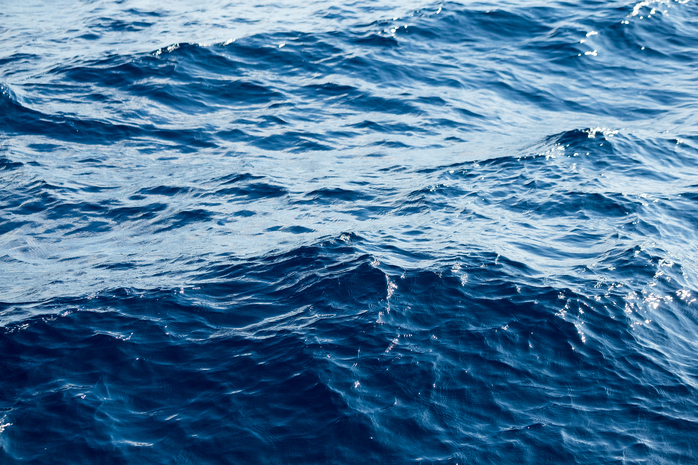 With the rise of conversational AI in digital behaviour, AI is no longer viewed as a key corporate tool to “just” increase automation and productivity, but now marked as an emerging technology to communicate with users and customers as well.

If ranked, hearing is our second most essential sense (after vision, naturally). Even though the internet is mainly a visual medium, the cruciality of voice seems to be expanding in digital consumer behaviour. People take advantage of spoken-word audio for companionship, amusement, and recreation, as well as intellectual enlightenment (mental health and self-improvement).

Not only audio content consumption, but voice search also has increased significantly in the past few years. More and more consumers use digital voice assistants to compose text messages, to find destinations such as restaurants, venues, meeting points, or to resolve all kinds of issues in their homes (setting up notifications, adjusting the lights or the temperature, starting the washing machine), and more.

The very first speech recognition tool, Bell Laboratories’ Aubrey was introduced back in 1952, and even though considered plain, it was able to recognise 10 digits. Outstanding, wasn’t it?

Since then, voice technology has improved remarkably to recognise a wide range of requests. Apple’s launch of Siri in 2011 brought us the Modern Era of voice assistants, opening the field for a broad audience. Then followed Google Now and Cortana, arriving at Amazon's Alexa and Echo in 2014, starting the Smart Speaker revolution that’ll keep on rocking the voice tech world for several years in the future, blending in the environments we inhabit.

Us Listening To Technology

When it comes to choosing between computer-generated speech sounds and the ultimate melodic instrument, it is not a question of whether we prefer a human voice over AI’s. Of course, we won’t forget Stephen Hawking’s unique case regarding a computer-generated voice with unquestionable brand value. At the very beginning, the robotic drawl wasn't by choice, but throughout the years the technology has been updated, so the physicist had the chance to sound less robotic. And guess what? He still insisted on keeping the original voice. It has become his trademark. Be that as it may, can there be something more majestic than Morgan Freeman’s soothing narration?

Contrast between AI and human voices concerns people; there are even quick tests for quiz-enthusiasts providing audio samples and expecting answers on how natural the audio files sound. Needless to say, the vast majority of people do identify the difference between an audio file read by a human or AI.

Although smart speaker manufacturers invested incomprehensible amounts of resources in these devices to sound as human as possible (and achieved quite impressive results), whatever the budget, any human voice will beat a synthetic one. Keeping this in mind, the real breakthrough might be the conversational AI’s advanced ability to understand what you mean and act on it.

This is precisely what Edison Research found out in their survey conducted with an American audience. Besides the need for an advanced understanding of speech patterns, accents, and figures of speech, 44.8% of the respondents would see improvement in the effectiveness if their device would have more direct knowledge rather than collecting web searches.

Technology Listening To Us

Conversational AI cannot show emotions, cannot understand the purpose or meaning of a script, nor adjust the presentation style accordingly. But if we can get past the fact that they cannot connect to the audience by expressing the weight of life-long journeys and experiences of the narrator, their usefulness is unquestionable.

And if we go beyond seeing the benefits voice assistants have for the broader audience, we’ll notice the support they offer for people living with visual impairment or physical disabilities. An incredible innovation discovered through voice is Permobil electric wheelchair manufacturer’s MyPermobil app, valued by wheelchair users and other people with limited hand functions. Considered that for many people with disabilities, using hands to swipe through their smartphones is not an option, this new app connects Google Assistant, Amazon Alexa, and collects real-time information about the status of the wheelchair (battery charge, estimated runtime) as well as about adjusting the position of the seat and legs to prevent the person from being in one position for too long. With this app, all mentioned information can be extracted using only one’s voice.

In the medical field, scientists found that by listening to a human’s voice, AI can identify several health problems. For instance, detecting nonlinearity in someone’s voice can predict early stages of Parkinson’s; the breathlessness of the voice can help detect heart disease; changes of speed inside individual words mark depression. Would you believe that Alexa might be able to predict if someone’s pregnant even before they know it? Turns out, hormones also have a major effect on our voice, pitch, and intonation.

Personalisation of AI voice assistants comes from insights gained by paying attention to the user’s behavior. To put it plainly: the more you use them, the more useful they become. Who wouldn’t want an assistant that communicates with you, listens to you, understands you, answers your questions — connects with you one-to-one, just like your friend? An advantage, for sure. On the other hand, the matter of privacy arises. As officially stated (Alexa, Google Assistant, Cortana), smart speakers are actively listening only after you pronounce the command word — but don’t they have to listen in some way to detect you saying that word? Tricky, for sure. Tendency shows that people are resigned to take a step backward regarding their privacy only to gain from services these devices can offer.

What about trust? Sure, there’s not much harm in basing the route of our trip on Google Maps’ voice navigation. Even so, do we confide in gadgets when it comes to our life’s most private aspects like a credit card number, medical records, or family life? It’s up to each of us.

Conversational AI starts with knowledge, continues with experience, and ends with trust. It’s clear that it has room for improvement but think about all the applications and implications voice may have in digital as we discover more about it. The digital voice community will continue to grow without a doubt. And with its rise, it will become essential to constantly improve the combination of voice solutions with AI for more amazing outcomes.

Take me there
Digital Marketing
Inspiration

How To Start A Digital Transformation Journey?